The only thing Grace loves more than superheroes? TEEN-AGED superheroes. So, she jumped at the chance to draw the entire crew of Avengers Academy by Christos Gage (www.ChristosGage.com) and Mike McKone (www.twitter.com/Mike2112McKone) — Finesse, Mettle, Striker, Veil and Hazmat!

What about Reptil, you say? Well, Grace chose to omit him. But, she promises that, “I’d draw him with a dinosaur head …” Stay tuned.

And, read up on Avengers Academy here: http://marvel.com/news/comicstories.11568.i_am_in_avengers_academy 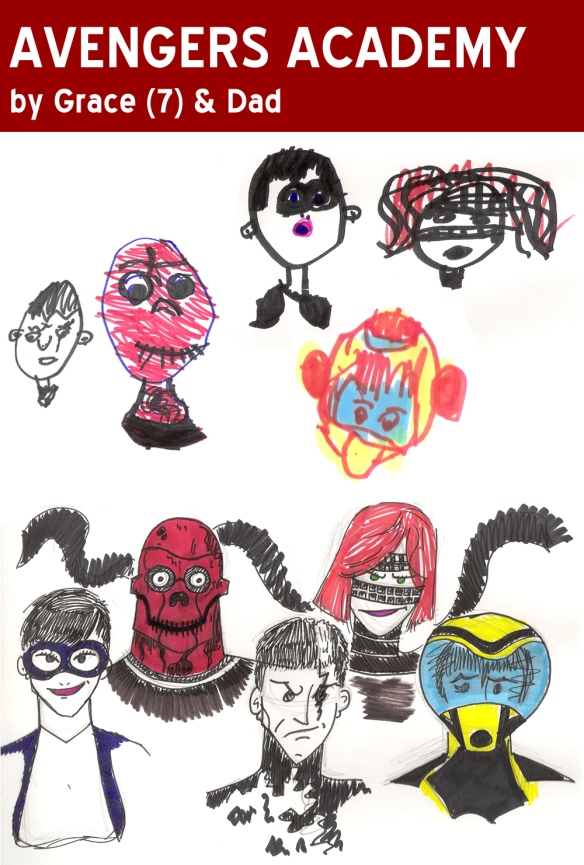 Roll with Us on TumblR

Error: Twitter did not respond. Please wait a few minutes and refresh this page.